Click below to see if Angoor (1982) is available to rent, buy, or watch with Amazon Prime

Based on Shakespeare’s ‘A Comedy of Errors’, this is a story of identical twins (2 pairs) and mistaken identities. 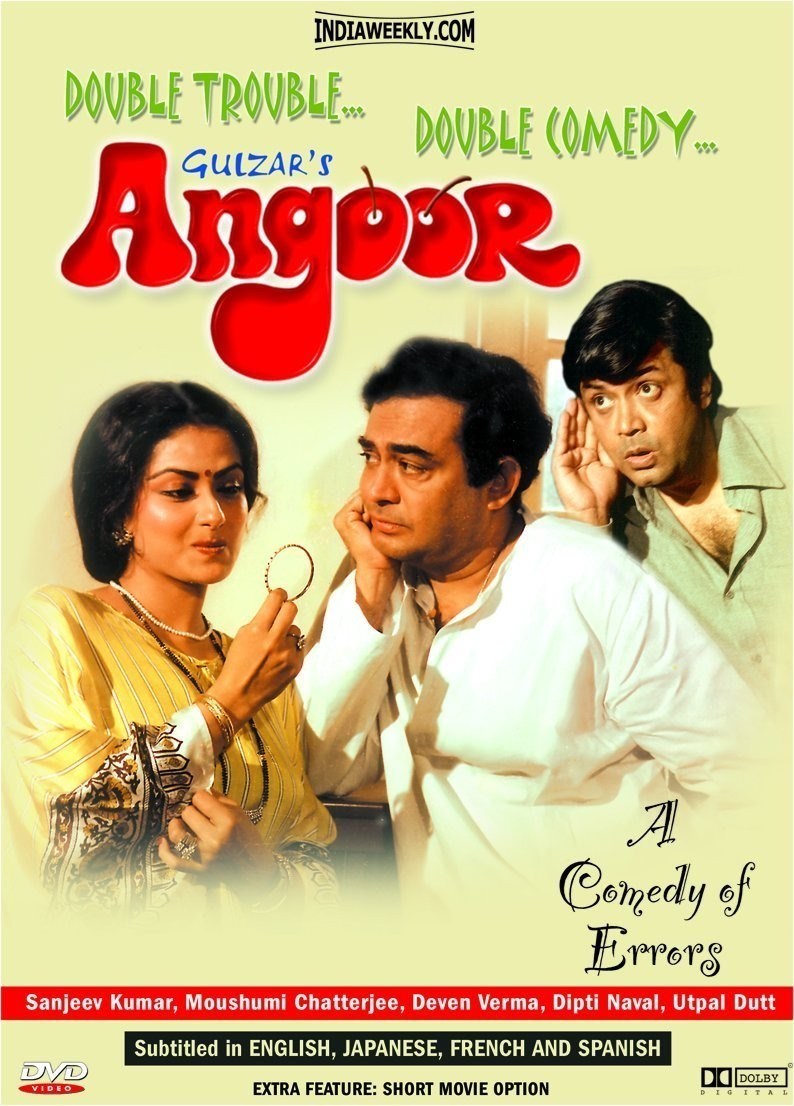 Trivia Kiran Vairale really wanted the role opposite Sanjeev Kumar. But Gulzar felt she would look to young opposite Sanjeev. The media reported Kiran spread stories of Deepti and Gulzar’s romance due to her rejection. Connections