Where To Watch Appointment with Fear (1985)

Click below to see if Appointment with Fear (1985) is available to rent, buy, or watch with Amazon Prime

A man under the influence of an ancient Egyptian curse uses astral projection to kill those who protect his baby son from him. A woman and a shady cop try to stop him before he can get to the child and transfer the curse. 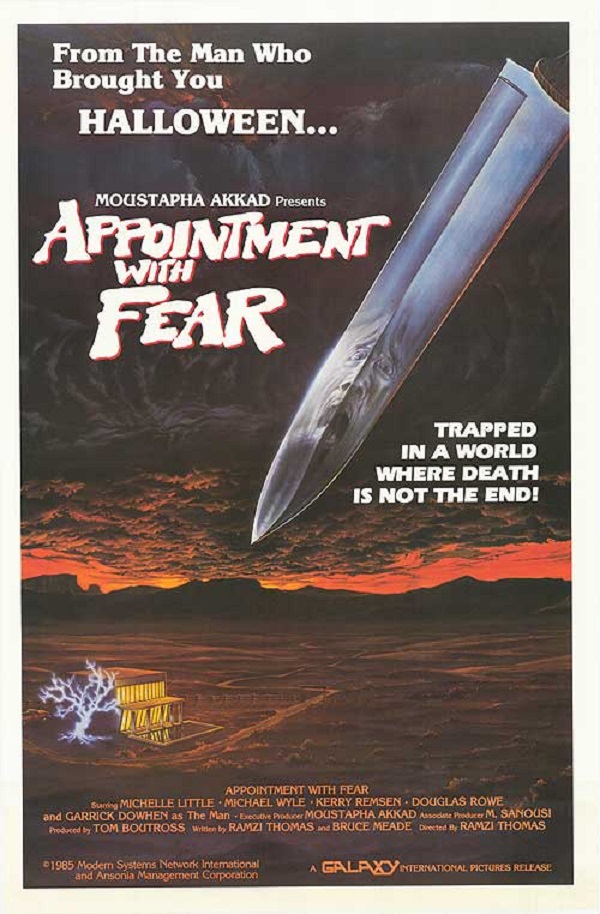 Trivia Was originally completed as “Deadly Presence” but after producer Moustapha Akkad saw a cut of the film, he fired director Ramsey Thomas and re-shot a considerable amount of new footage and re-edited the film. Thomas declined to be credited as d