Click below to see if April Fool’s Day (1986) is available to rent, buy, or watch with Amazon Prime 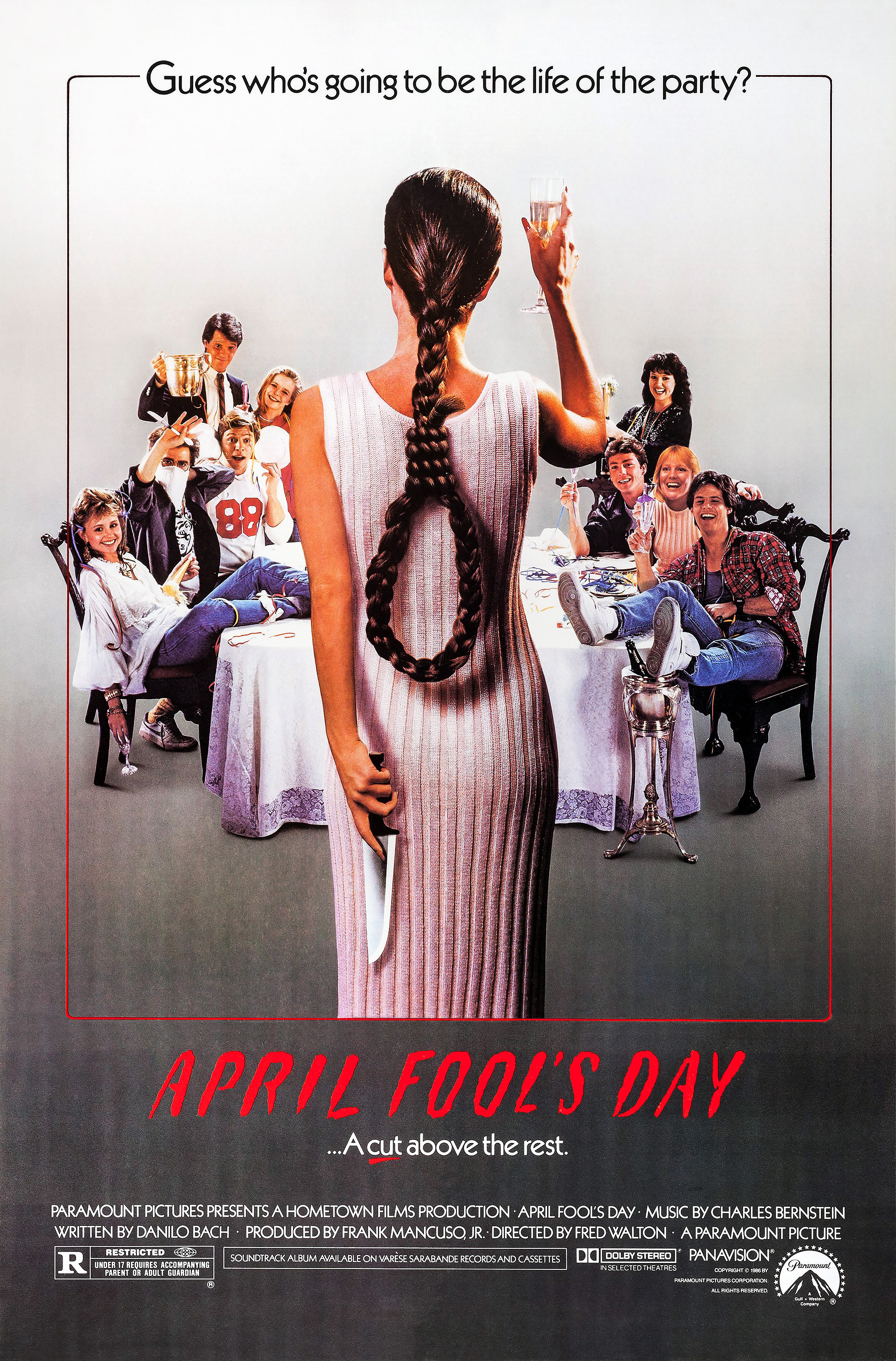 Trivia The film’s French title was “Weekend of Terror”, while in Germany it was titled “The Horror Party”. Goofs When Muffy’s opening her gift in her bedroom, her grip on the champagne bottle changes between shots. Quotes