Click below to see if Avenging Force (1986) is available to rent, buy, or watch with Amazon Prime

A senator is targeted by the Pentangle, a right wing paramilitary group. His pal, a former CIA agent and martial artist, tries to help him. The group kidnaps the agent’s sister and tries to hunt him down, “The Most Dangerous Game” style. 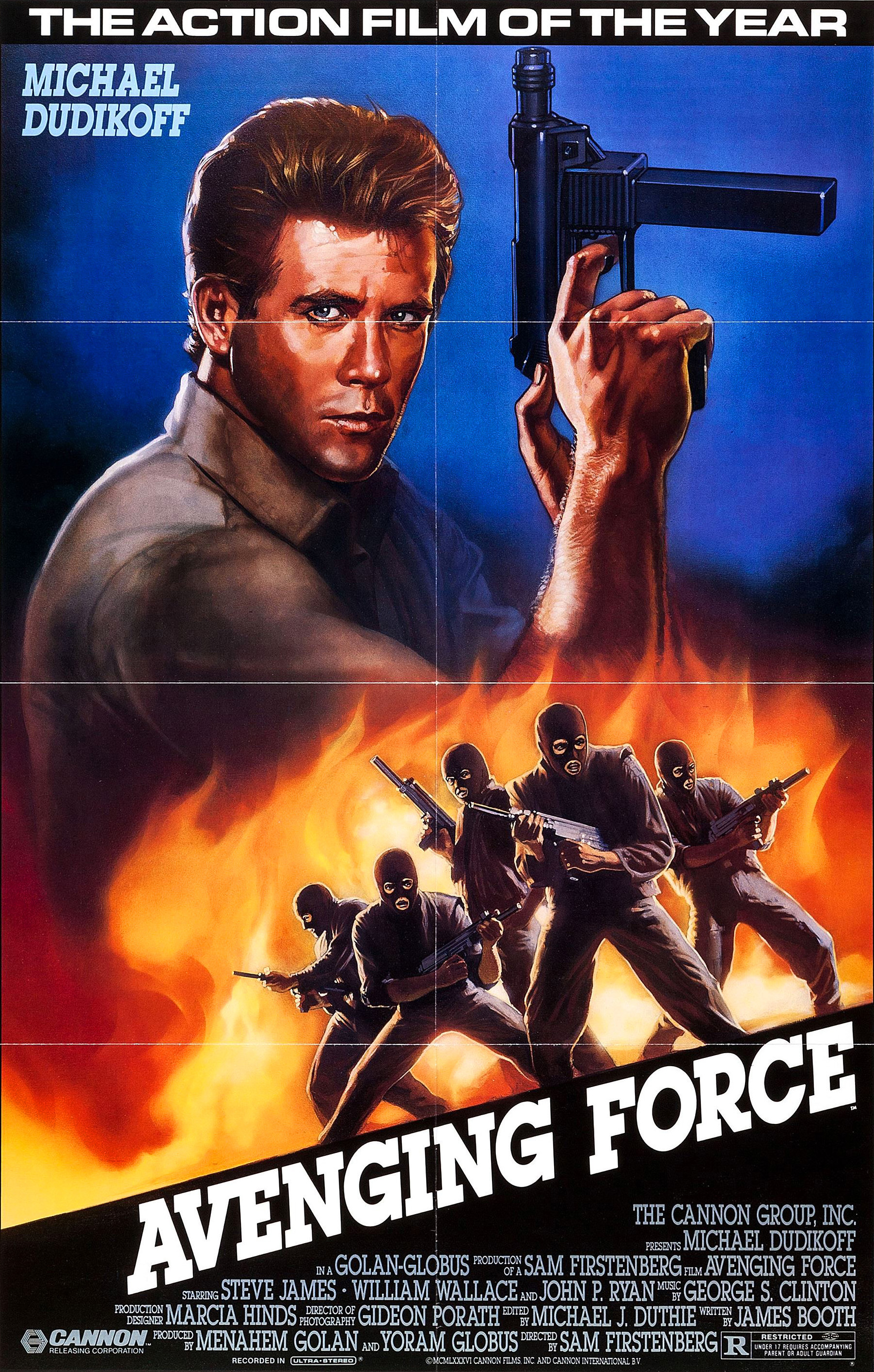 Trivia The filmmakers used a mansion that was for sale as Elliott Glastenbury’s estate. Goofs A different truck is used for the jump stunts (on the draw bridge and the junk yard). Most obviously it has only one pair of headlights and a