Click below to see if Banned ((1989)) is available to rent, buy, or watch with Amazon Prime 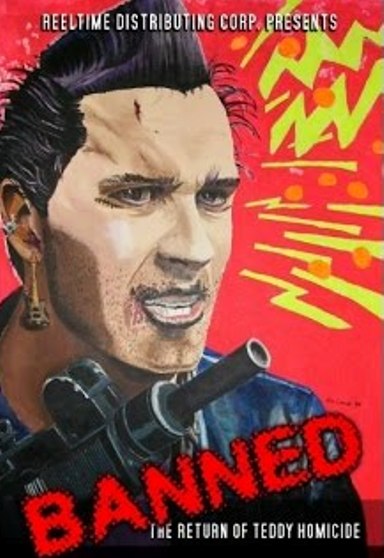 Trivia B-movie Legend Debbie Rochon talked about doing her first of many nude scenes in this film in a 2007 interview: “I was 20 and it was in a finished, but unreleased movie called BANNED. MEDIA BLASTERS has talked about releasing it but haven’t yet. It was shot in late 1988. I hope they do release it, it’s a really fun movie and now it would be a really fun time capsule flick because it is about a possessed Punk Rocker.” In 2018, she was asked if she enjoyed doing nude scenes: “Every actor is different. I have witnessed female and male actors walk around a set naked. I imagine it’s because they are that comfortable or they are trying to get comfortable. I was never one of these actors. Nudity is in almost all of my favorite TV shows or movies — it’s a very common thing. I think the best balance is to close the set but not make a big deal out of it at the same time. I have been in nude scenes where everyone not needed was whisked away but they were banished in such a way that when I emerged from the set, they all turned around and looked at me strangely — no, that was not my imagination. If it’s handled professionally and not as though the set is suddenly becoming an X-rated set, I think that balance is best. For me, the “no big deal” vibe is really cool. I don’t do nude scenes anymore, but when I did, I always appreciated the robe between takes and a ‘thank you’ after. I have no idea why, but a little acknowledgement of the discomfort from the director was nice.”