Click below to see if Black Rainbow (1990) is available to rent, buy, or watch with Amazon Prime

A young female medium on tour sees a hitman killing a whistleblower in her vision. The killer finds out about this and plans to kill her as well. The skeptical police, her manager father and a curious journalist try to protect her. 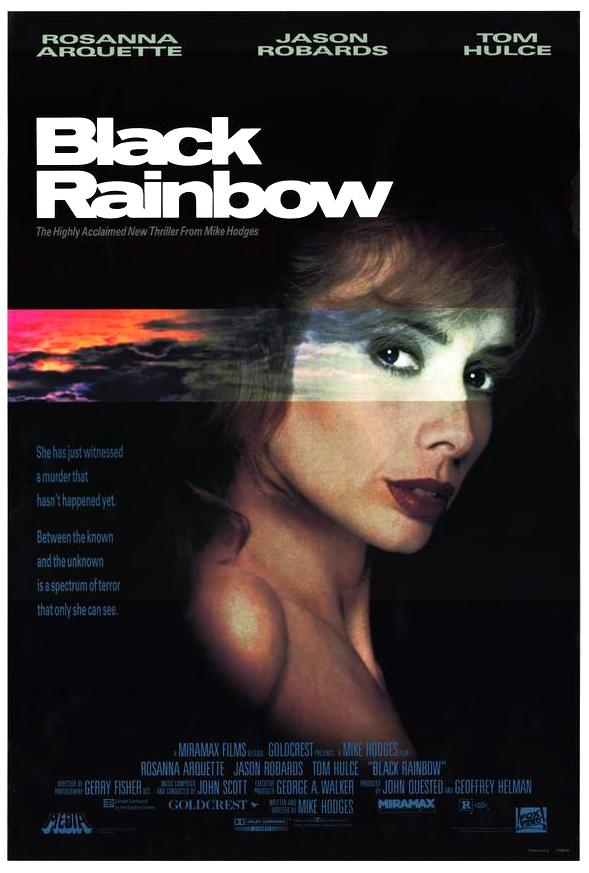 Trivia The title refers to Martha’s visions of a rainbow that eventually turns black once she begins receiving visions that show her when people are going to die. Quotes Martha Travis: Men lie with me, not to me! Connections