Where To Watch Bloody Birthday (1981)

Click below to see if Bloody Birthday (1981) is available to rent, buy, or watch with Amazon Prime

Three children are born at the height of an eclipse of the sun. Ten years later, they begin to murder the people around them – even their family members. 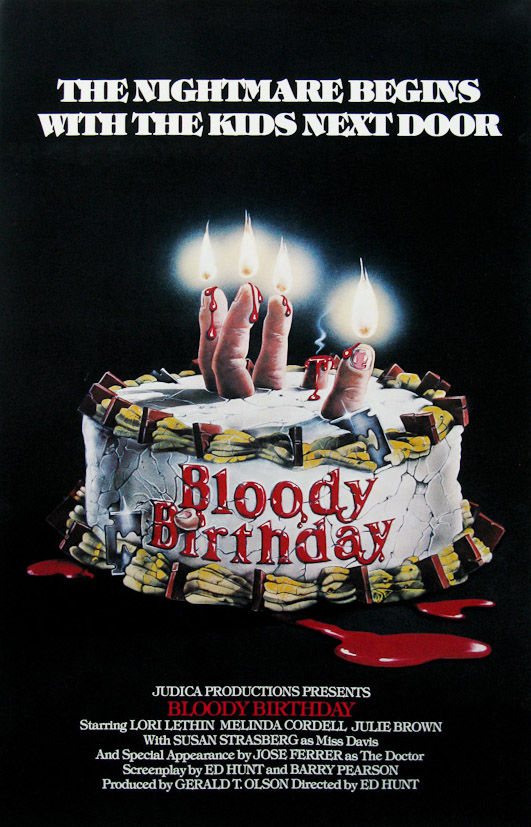 Trivia The films French title is Les Tueurs de l’éclipse, meaning “The Killers of the Eclipse” and its German release title was Kinder des Teufels, meaning “Children of the Devil.” Goofs When the boys move Sheriff Brody’s corpse and the