Click below to see if Butterfly (1982) is available to rent, buy, or watch with Amazon Prime

In 1937 Nevada, silver mine caretaker Jess Tyler is reunited with his teenage daughter Kady who will do anything to persuade Jess to let her have claim to the mine. 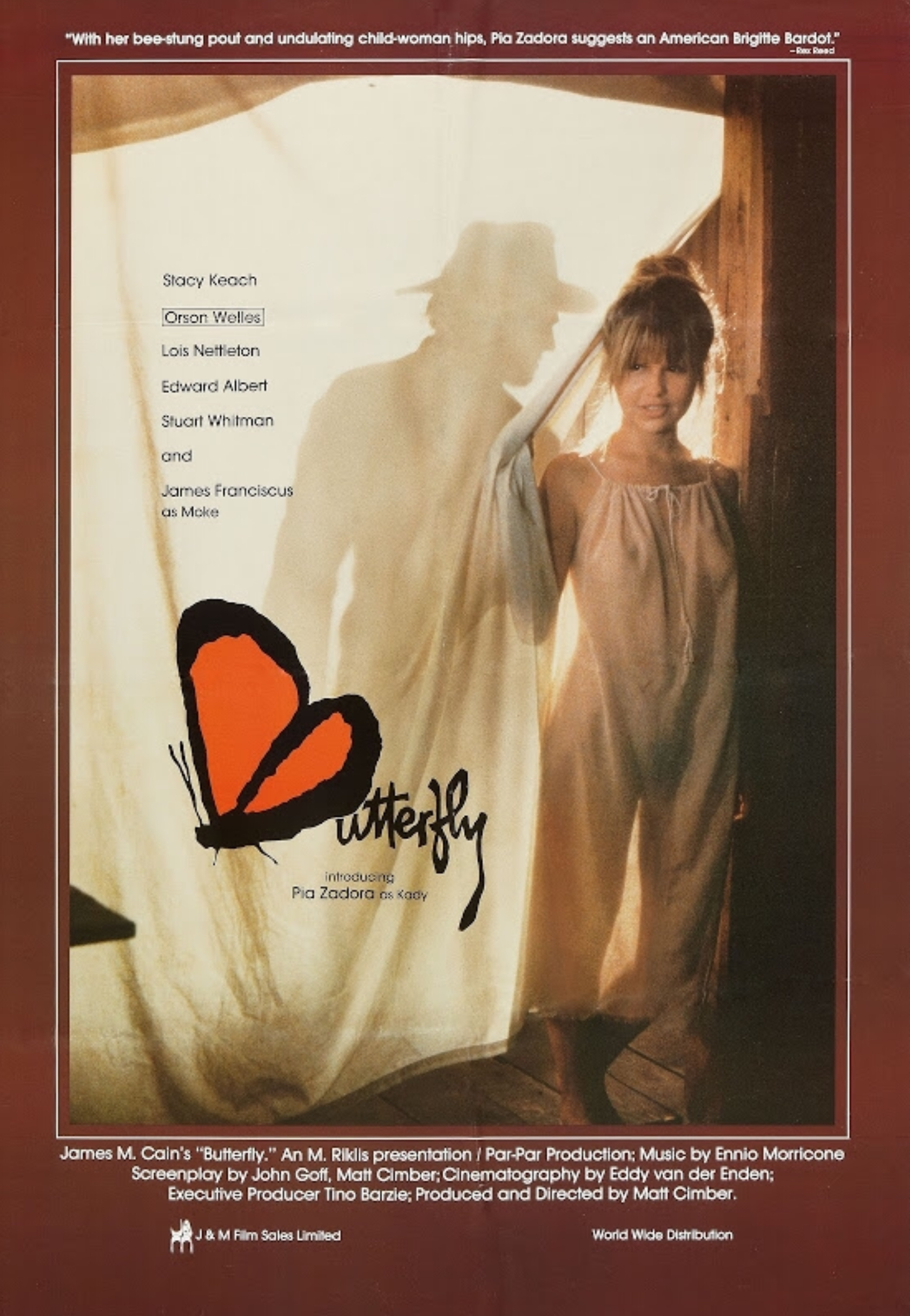 Trivia There was a controversy surrounding Pia Zadora’s win of the Golden Globe for “Best New Star of the Year” – 1982 was the only year the event included such category with both men and women competing it on the same run; previously the Golden Globe