Click below to see if Chrome Hearts (1990) is available to rent, buy, or watch with Amazon Prime

A gang of tough women bikers are the only thing that stands between a crowd of zombies, which have been accidentally let out of their secure cave, and those still alive in the town. 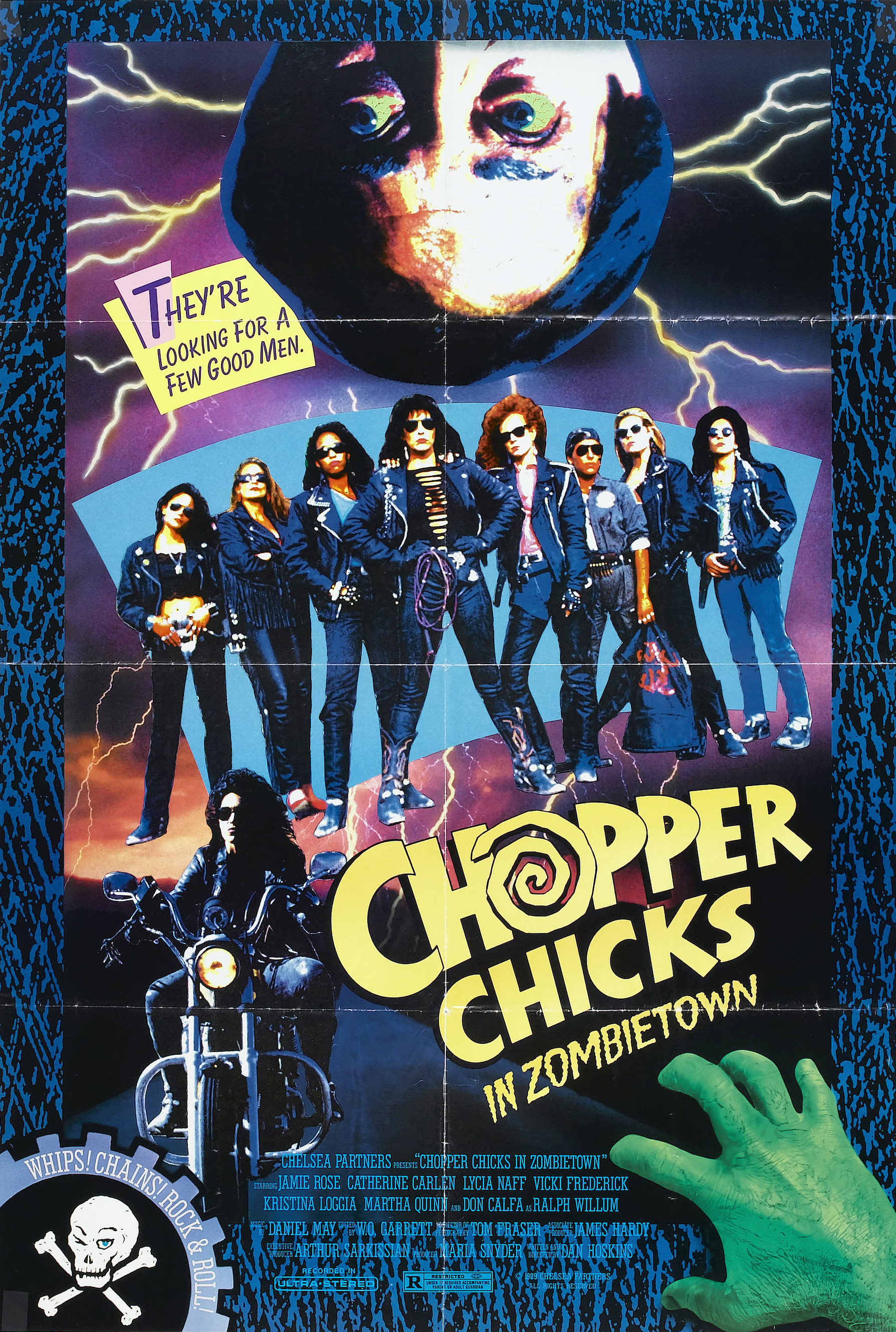 Trivia Sharon Farrell wrote in her book “Hollywood Princess from Sioux City, Iowa” that she was fired from this film after they discovered how “truly dangerous I could be on a motorcycle, especially when I had to wear an eye-patch and carry a whip. It