Click below to see if Class of Nuke ‘Em High (1986) is available to rent, buy, or watch with Amazon Prime

The pupils at a high school next to a nuclear power plant start acting and looking strange after buying contaminated drugs from a plant worker. 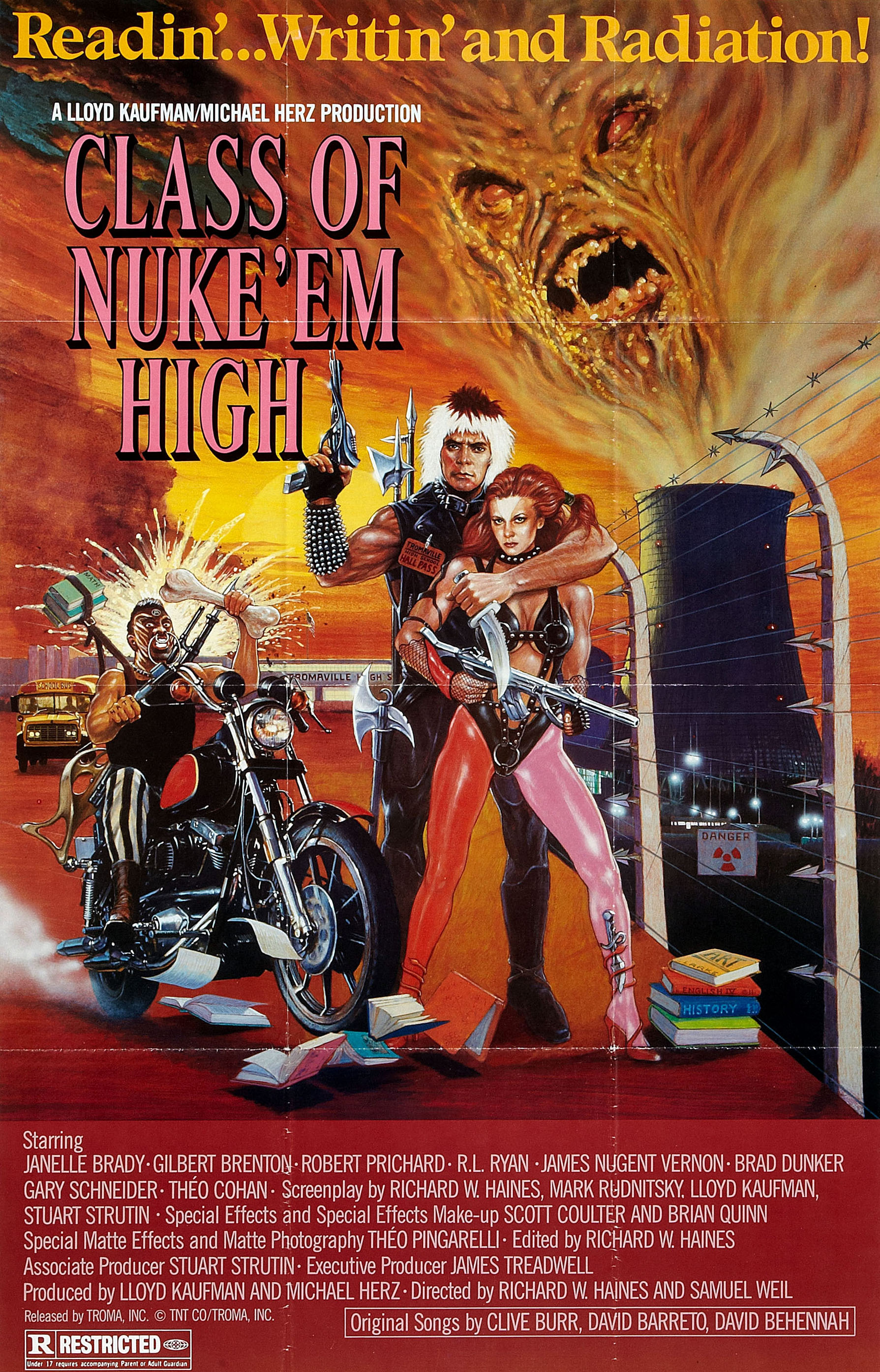 Trivia Brad Dunker became one of the lead ‘Cretins’ because he was one of the few people in the cast who was able to ride a motorcycle. Before that, he was a member of the crew and had a cameo as a student with sunglasses in the party scene.