Click below to see if Condorman (1981) is available to rent, buy, or watch with Amazon Prime

Cartoonist Woody becomes the superhero he draws. Using his gadgets he helps a Soviet spy defect to the West. 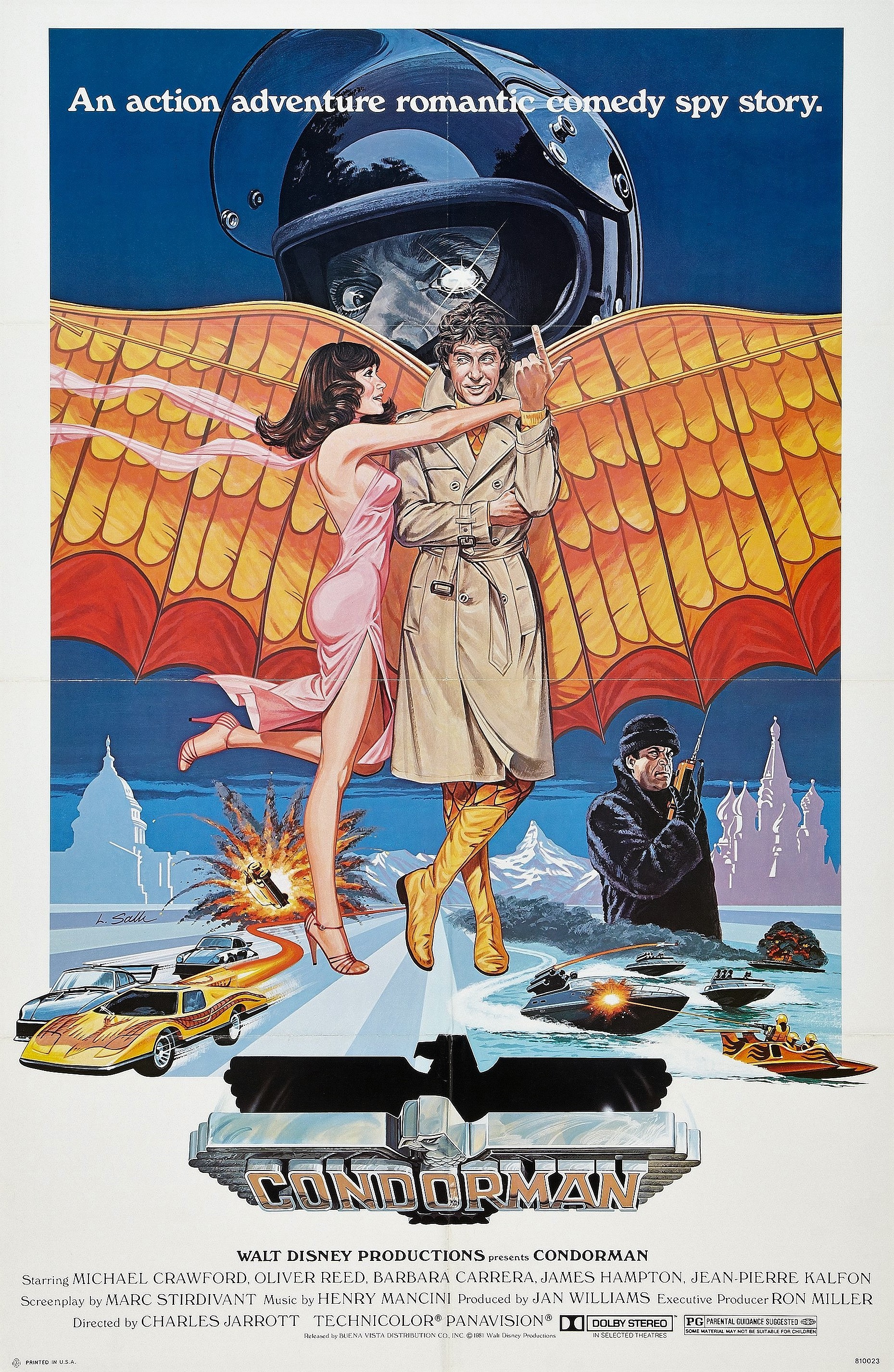 Trivia One of two spy films that director Charles Jarrott made in 1981. The other was The Amateur (1981). Goofs Wire work is clearly seen above the Condorman suit flying over the Monte Carlo pier. Quotes Woody Wilkins: [W