Click below to see if Crossroads (1986) is available to rent, buy, or watch with Amazon Prime

Ralph Macchio is Lightning Boy. A kid who can make a slide guitar sing. Blind Dog is an old pro who knows it. Together, they’re headed to a place where deals are made. And legends are born. 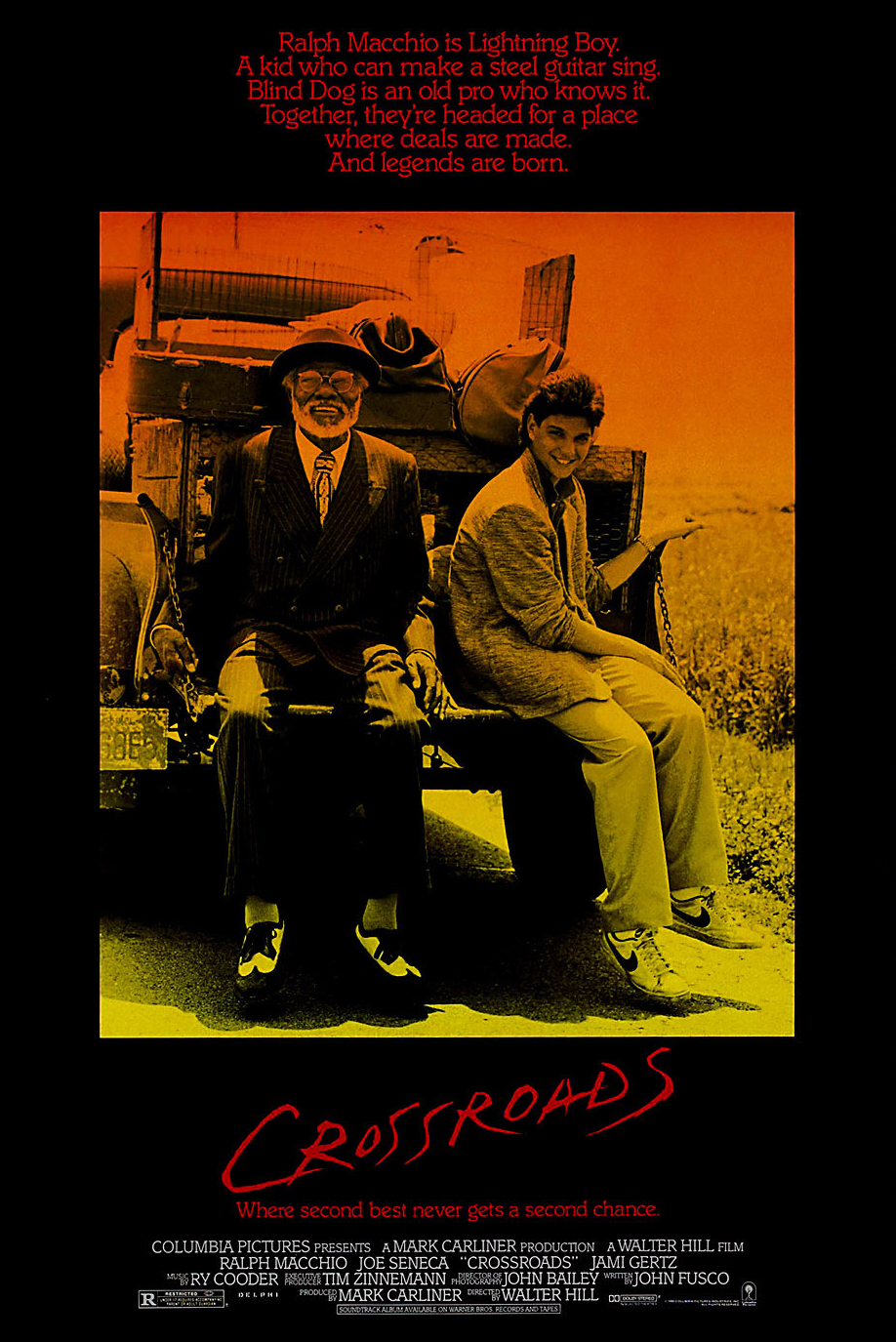 Trivia John Fusco’s screenplay won first place in the national FOCUS Awards (Films of College and University Students) and sold to Columbia Pictures while he was still a student. Goofs At the time the movie was filmed, Julliard did not offe