Click below to see if Curtains (1983) is available to rent, buy, or watch with Amazon Prime

Six young actresses auditioning for a movie role at a remote mansion are targeted by a mysterious masked murderer. 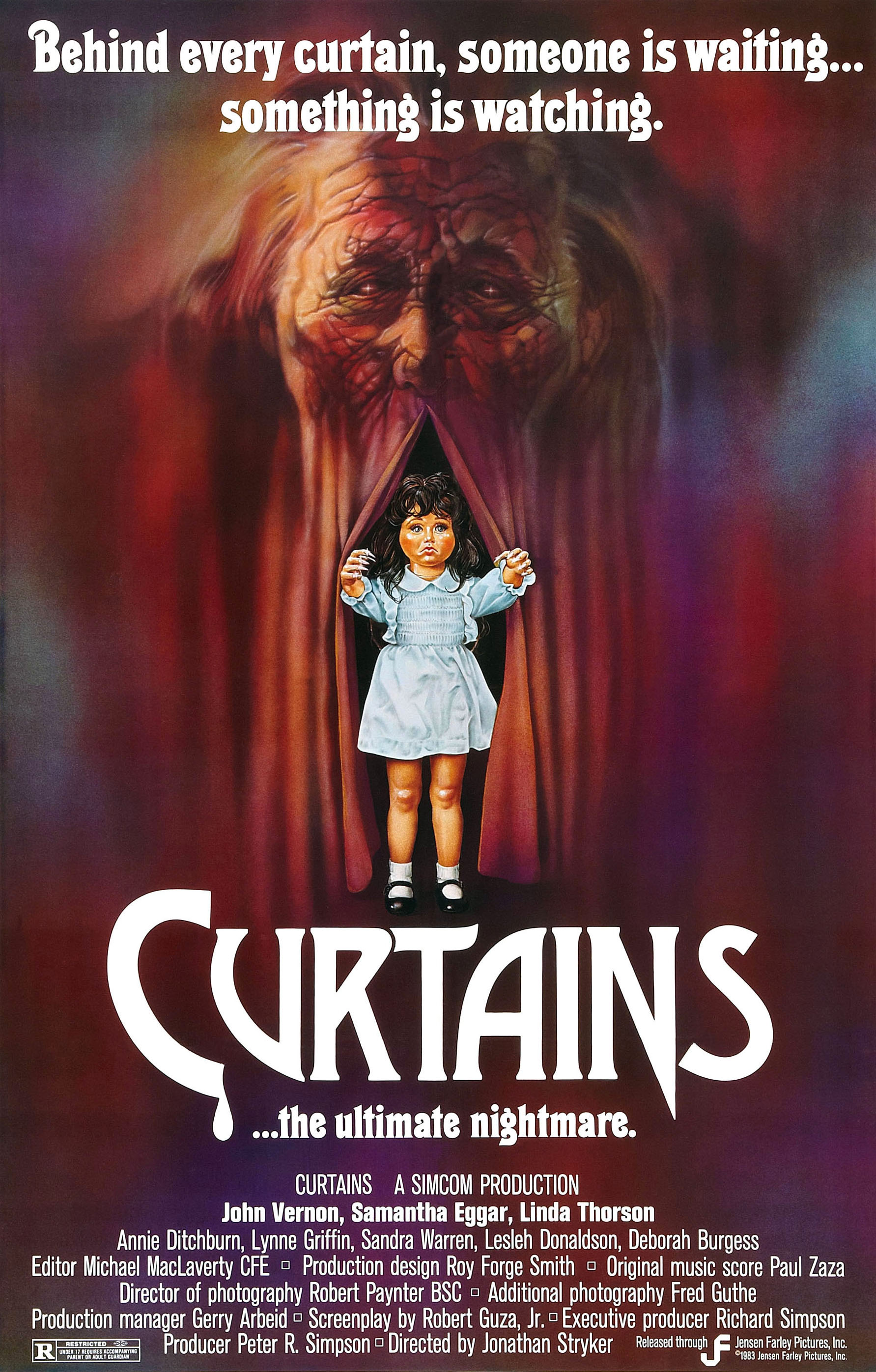 Trivia Céline Lomez was originally cast in the role of Brooke Parsons. However she was replaced by Linda Thorson after a brief time on the production. For years afterward there were rumors that Lomez was replaced because she refused to do a nude scene, ho