Click below to see if Dance with a Stranger (1985) is available to rent, buy, or watch with Amazon Prime

A stormy relationship, complicated by the strictures of 1950s social class and gender roles, ends in death. Based on the life of Ruth Ellis, the last woman hanged in Britain. 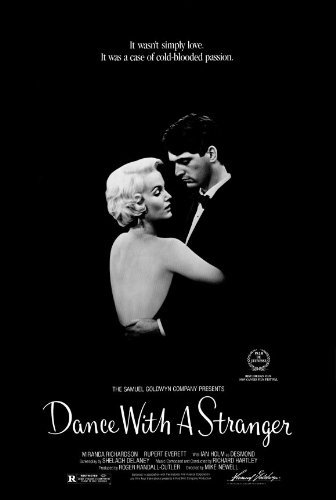 Trivia Events depicted in this movie, in 1955, contributed to the gradual abolition of capital punishment in the U.K., which began in 1965, but was only finalized in 2004. Goofs Ruth switches on a radio which begins to play immediately.