Click below to see if Daniel (1984) is available to rent, buy, or watch with Amazon Prime

Daniel Isaacson attempts to determine the true complicity of his parents Paul and Rochelle Isaacson, who were executed for espionage in the 1950s. 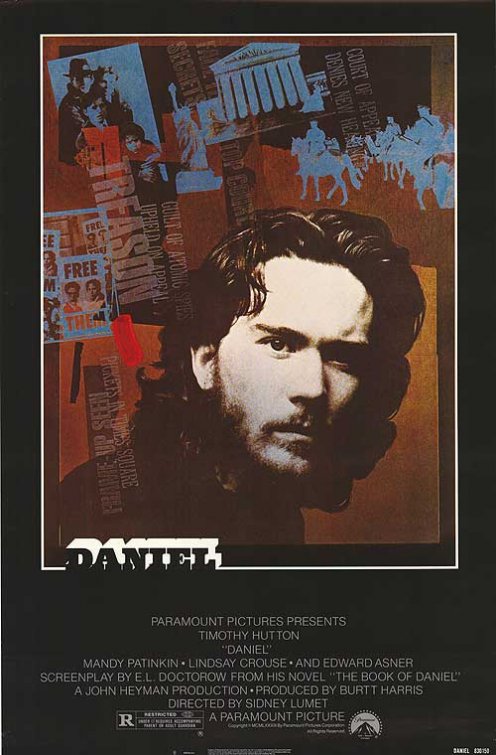 Trivia This was Will Lee’s final film before his death on December 7, 1982 at the age of 74. He died more than nine months before the film was released. Alternate Versions NBC edited 33 minutes from this film for its 1987 network televi