Click below to see if Death Valley (1982) is available to rent, buy, or watch with Amazon Prime

A divorced mother, her young son and her new boyfriend set out on a road trip through Death Valley and run afoul of a local serial killer. 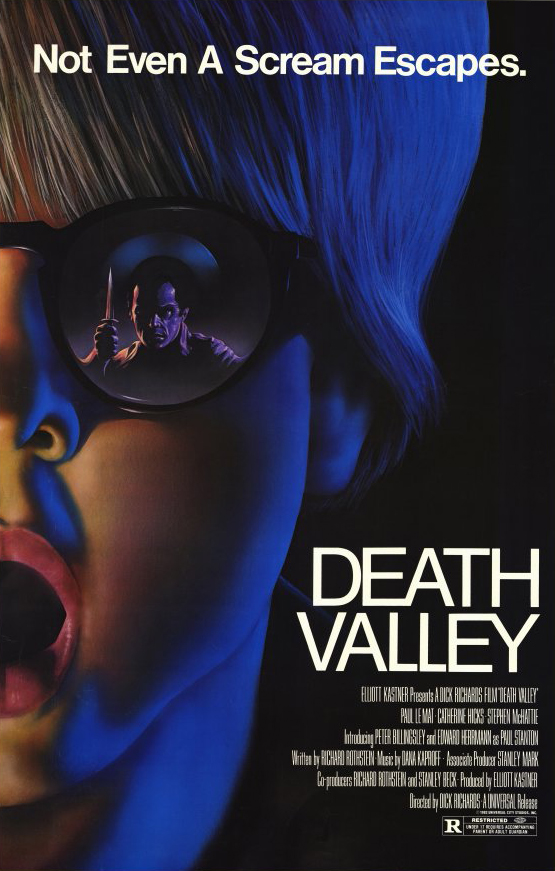 Trivia One of at least three filmed productions where actor Peter Billingsley played a character called “Billy” which is a name similar to his surname of “Billingsley”. The titles are: Death Valley (1982) (Billy), Honky Tonk Freeway (1981) (Little Bil