Click below to see if Death Wish II (1982) is available to rent, buy, or watch with Amazon Prime

Architect Paul Kersey once again becomes a vigilante when he tries to find the five street punks who murdered his daughter and housekeeper, this time on the dark streets of Los Angeles. 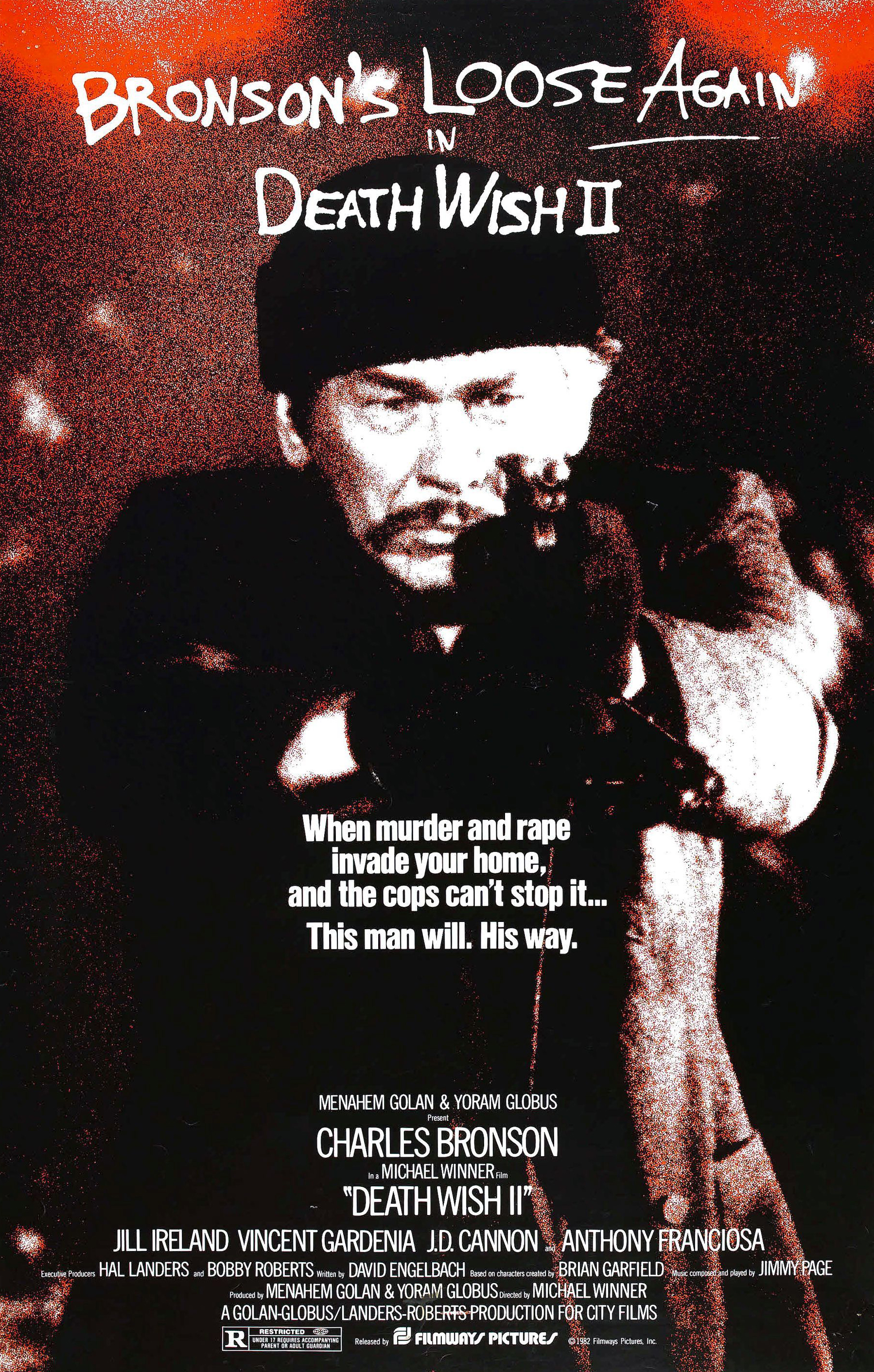 Trivia Death Hunt (1981) and “Messenger of Death” (aka “Avenging Angels”) [See: Messenger of Death (1988)] are the only cinema movies starring Charles Bronson outside his five film “Death Wish” film franchise to have the word “Death” in the title. However