Click below to see if Demented (1980) is available to rent, buy, or watch with Amazon Prime

After being gang raped and institutionalized, a woman suffers nightmares while under the care of her unfaithful husband, and finally snaps when a group of masked youths decide to invade her house. 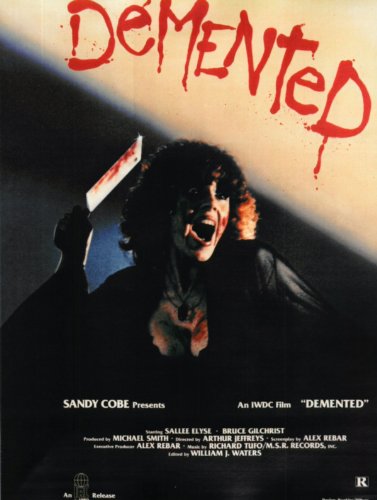 Trivia Although never classed as an official UK video nasty the film was one of the movies included by Mary Whitehouse on a compilation tape shown to the Conservative Party during their 1984 conference. It was eventually released on the Apex video lab