Click below to see if Dèmoni (1985) is available to rent, buy, or watch with Amazon Prime

A group of random people are invited to a screening of a mysterious movie, only to find themselves trapped in the theater with ravenous demons. 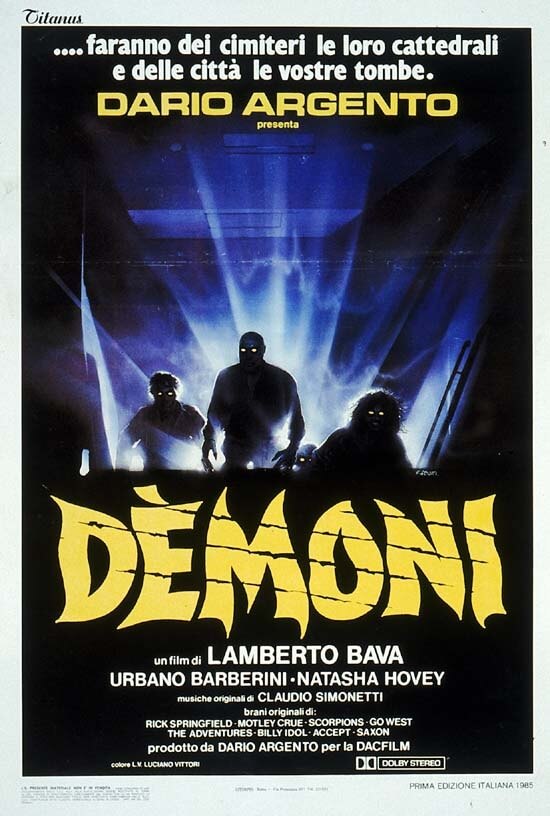 Trivia In Germany, this was released as sequel (“Dämonen 2”) to the second film which was released as the first part (“Dämonen”). Goofs In the scene where George and Cheryl have climbed out onto the roof of the cinema, a shot across the